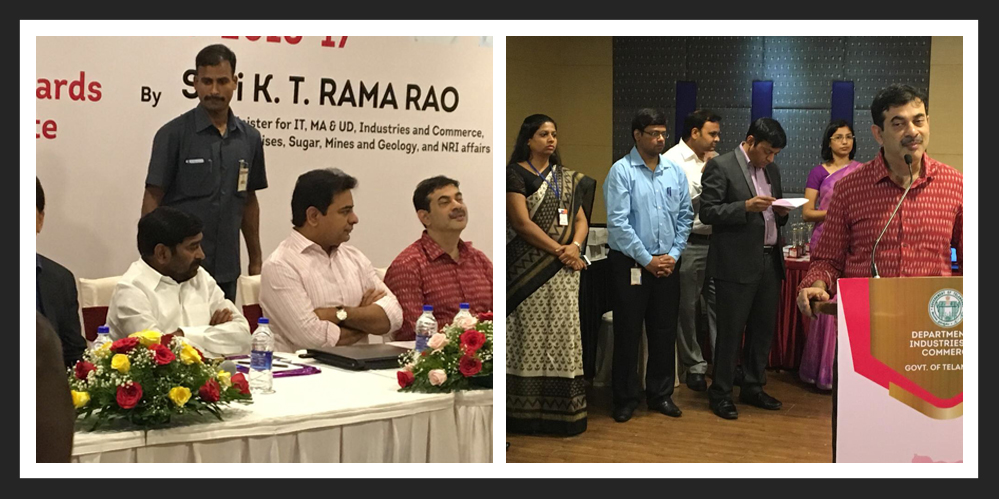 Tempest was appointed to create a visually appealing brochure and conducted the entire event where this industrial report was announced and shared not only with the Government officials but also held a press conference where the entire coverage happened. Award ceremony for best practices in the Industry was held. Event collaterals were undertaken – back drop, standee, e-invites. Lastly, executing a high profile event was no easy task – at an event where senior level officials and bureaucrats were present.

Shri. K.T. Rama Rao, Minister for Industries & Commerce, IT, Muncipal Administration & Urban Development, Public Enterprises, Sugar, Mines & Geology, NRI Affairs, along with other dignitaries of the Govt. and Mr. E.V. Narsimha Reddy of TSIIC were also present among others.

All event collateral from holding the press conference to back drop, standee, e-invites and set-up was designed by us.

Telangana in 2016 was on the path towards rapid economic and industrialization growth and development. After attracting major investments from National and International companies and taking the initiative of establishing major industrial parks, Telangana also managed to be awarded No. 1 IN Ease of Doing Business for the year 2.016 among all the states in India with a score of 98.78. Admirable especially since Telangana jumped from its 13th position in 2015. 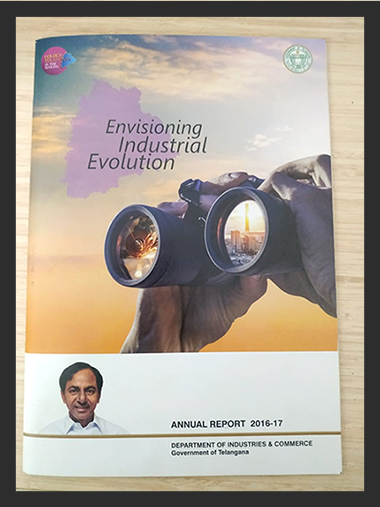