The MCG Group (Magarpatta City Group) – For the 3rd time, wanted to launch their world-famous model “walk to everything you need in life” after testing two consecutive successes in Magarpatta city and Nanded City.

Team Tempest was commissioned to create a smart launch campaign for Riverview City.

The launch was during Pandemic phase. 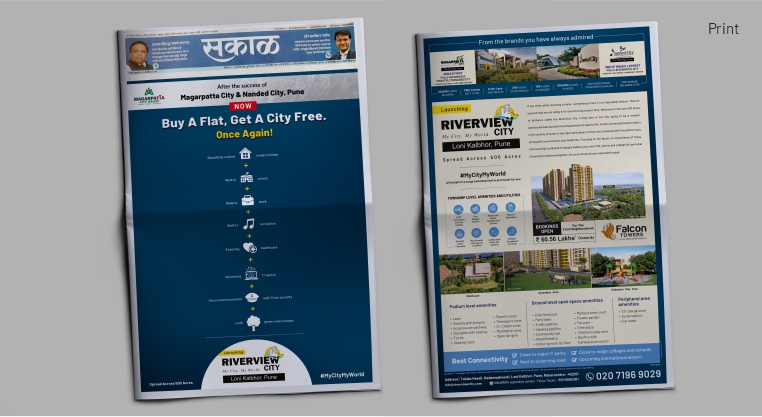 The realty sector has now transformed into a buyer’s market, and today, with an evolved sense of buying preferences, consumers are focusing their searchlight on bespoke offerings to make the best investment decisions. The sector has registered an indomitable spirit and has remained resilient to become an investor’s favorite. The ‘work from home” model is likely to remain this year and it is increasingly becoming an integral part of the long-term strategy. Businesses across the country are also finding this model viable to run operations in the pandemic. Demand for workspaces in homes, functional areas, dedicated space for study, gymnasiums and entertainment zones will continue to dominate the market. The ultra-modern high-rise apartments, gated townships and luxury towers with well-managed infrastructure will remain the most preferred choice. Trusted developers with strong financial backing and proven track records will gain a higher market share. 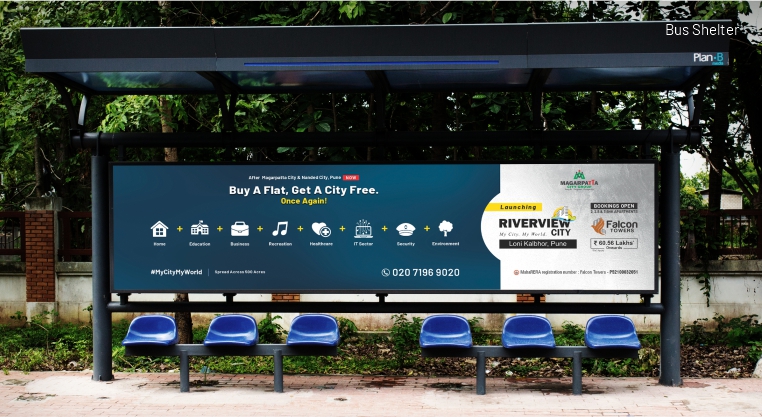 World Over famous franchises/properties/models are being recreated over and over again, riding on the success of their success, offerings and content e.g., James Bond, Marvel Avenger series, Big Boss, F.R.I.E.N.D.S. Golmaal & Singham etc.,

“Buy a Flat, Get A City Free” was a famous proposition when Magarpatta City had launched. We wanted to create the same magic. And so, we used “Buy a Flat, Get a City Free. Once Again!” The ad campaign created a nostalgic, yet fresh essence for the brand, as well as for the viewers.
The design was deliberately kept simple- A calculation of all amenities added up to be MCG’s new offering- The Riverview City. This established the premise of what people can expect from this new project and of the ease of living in Riverview City. 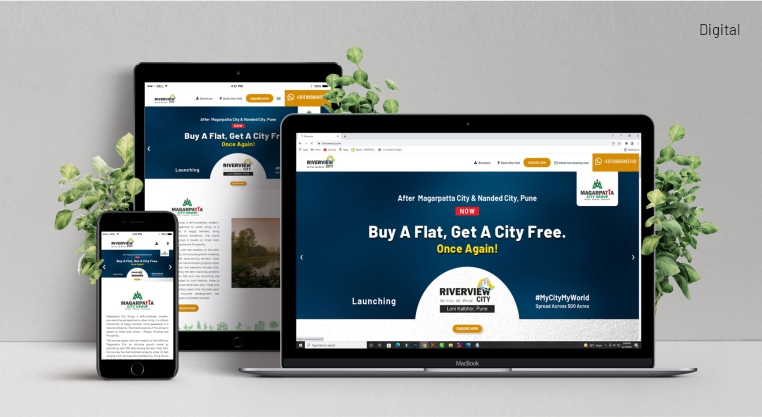 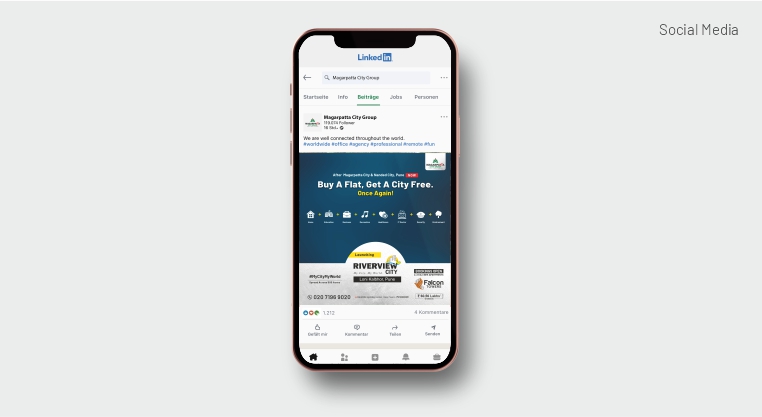 – The teaser phase was created focusing upon the legacy of Magarpatta City Group and had the exciting essence of something big getting ready to be launched yet again from the same brand.
-This was created with a simplistic typo style of design, and a vibe of enthusiasm and curiosity which asked everyone “WHAT NEXT?”
-This campaign established the legacy of Magarpatta City Group, created a recall of previous projects and initiated a talk on what next is going to be a part of the socio-cultural environment of Pune. 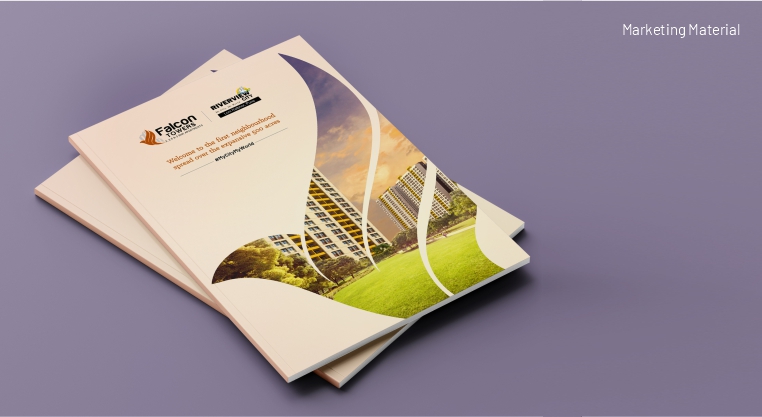 An awesome campaign with grand publishing and promotion got noticed by an entire city. And the right customers were taped! More than 750 +leads generated on the day of the launch.